< Back to all News

Sr Joseph Deegan celebrated her 100th birthday at a special Mass of Thanksgiving in Beechlawn Oratory, Dublin on 17 September 2021, with her niece and Sisters from her native Limerick and Beechlawn.

Throughout the day, she received messages of love and appreciation for the many years she served in ministry to disadvantaged and vulnerable populations in far-off countries that included Sri Lanka, Pakistan and Kenya.

Sr Joseph received tributes from Sr Maryanne, Provincial of Sri Lanka/Pakistan, on behalf of all her much-cherished communities there, and Sr Nirmala of the Angers community sent a pre-recorded message reminding her of their memorable times together on the Asian continent. President Michael D. Higgins also sent a message of acknowledgement together with a welcome cheque of €2,450.

However, Sr Joseph was particularly delighted with the video call with her only living sibling, Mamie Williamson, indicating that this was the main highlight of this very significant day. The WhatsApp call was facilitated by a volunteer at the Day Centre of the Irish Chaplaincy in London and the assistant activities coordinator in Beechlawn Nursing Home. 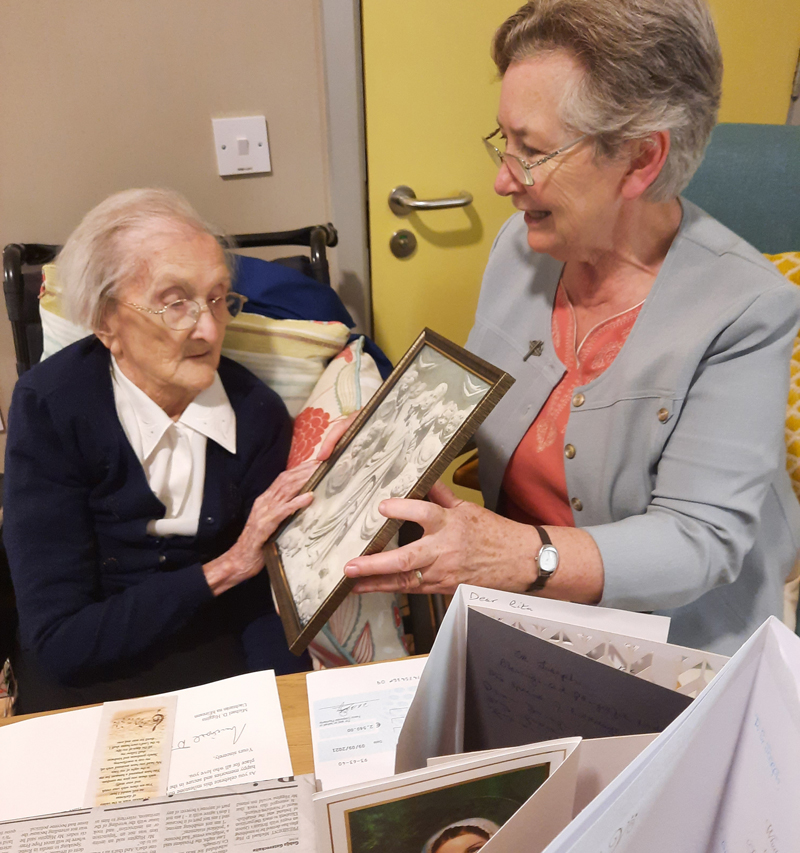 The Mass was officiated by Fr Alex Stenson who struck a joyful note despite the Covid-induced restrictions on numbers and social distancing requirement. Guests gathered afterwards in the Round Room at Beechlawn to enjoy birthday cake and to raise a glass of red wine to salute Sr Joseph’s long and truly selfless life of devotion to the Good Shepherd and her legacy to some of the world’s poorest.

Born Margaret Deegan in Glasgow in 1921, she moved to Limerick at the age of two where she spent her childhood years. Having won a scholarship to attend Loreto Convent on St. Stephen’s Green, she was introduced Sr Ailbe from the Good Shepherd Sisters in New Ross, who was responsible for preparing prospective missionaries. In 1939, Margaret left Dublin for New Ross but due to the outbreak of the World War II which prevented her from going to the Motherhouse of the Good Shepherd in Angers, she did not officially enter the Good Shepherd Sisters until 1945. Instead, Margaret availed of the opportunity to study at UCD, where she initially undertook an Arts degree specialising in languages, followed by a Higher Diploma, and finally graduating with a Master’s in Education in 1944.

Sr Joseph made her final profession in August 1947 after which she was missioned to Sri Lanka where she ministered in teaching for 18 years. Staying in Sri Lanka, she took on responsibility for Intercongregational Formation for seven more years before being appointed Provincial Leader for a further period of 7 years. During her time as Provincial her awareness of the needs of women and children in Pakistan led her to open the first community there on the day of her 54th birthday in 1975. 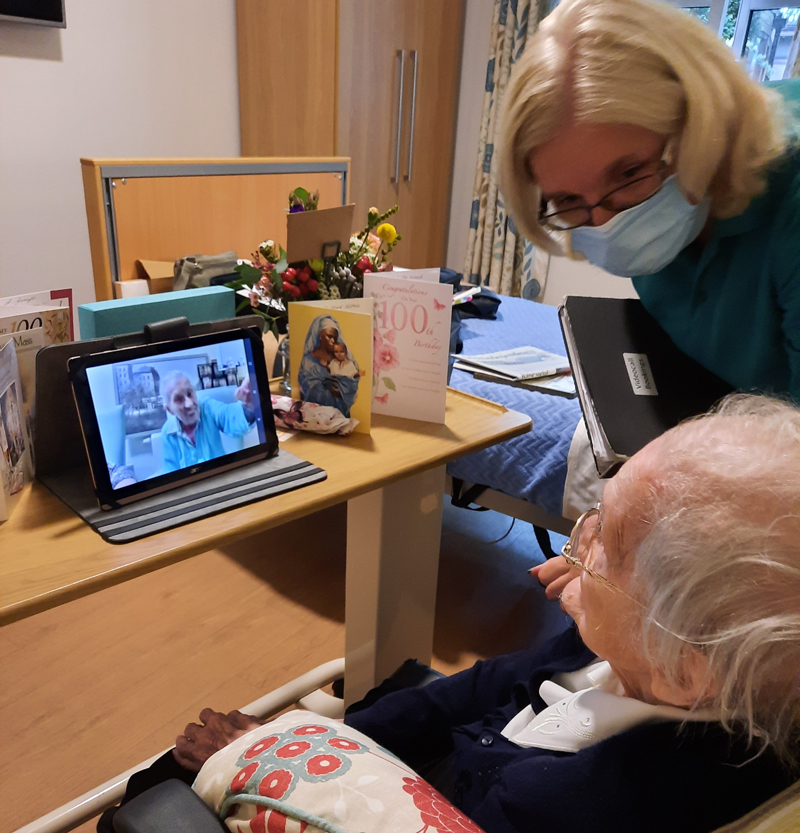 On terminating her term of office as Provincial, she volunteered to go to Pakistan where she spent four years before returning to Ireland in 1983 where she spent five years in ministry in parishes in Belfast and a further year in Cork working in Formation.

Not yet ready to settle, Sr Joseph responded to a further missionary call at the age of 68 to do Formation with the Kenyan Sisters in Meru where she remained for 5 years. On her return to Ireland, she transferred firstly to the community in the Parish of Ballybeg in Waterford where she helped with prayer ministry in the parish before finally retiring to Clifton in Cork. She returned to Limerick when that community closed in 2007 and moved to Beechlawn Nursing Home in 2016 where she still resides.

Sr Joseph drew her life-long inspiration and energy from the scripture: “The wisdom of God reaches from end to end mightily, with strength and sweetness ordaining all things.” (Book of Wisdom)